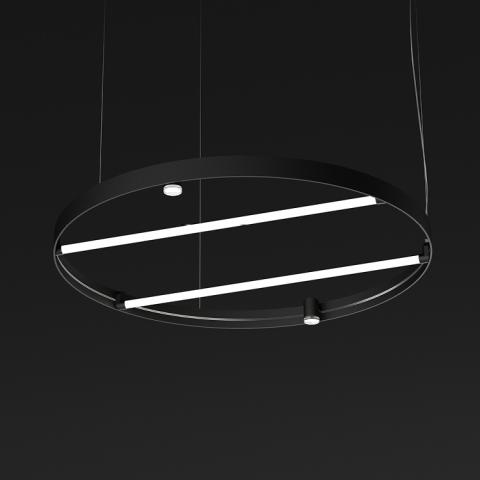 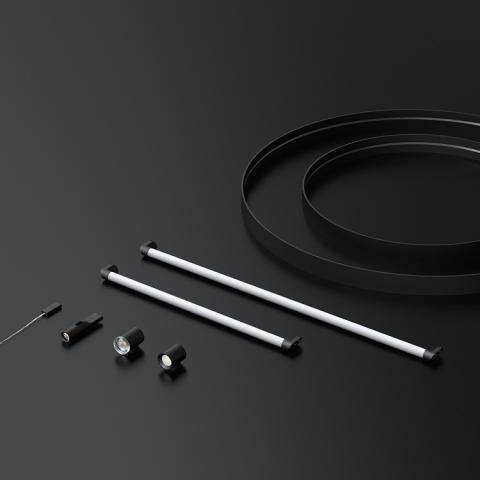 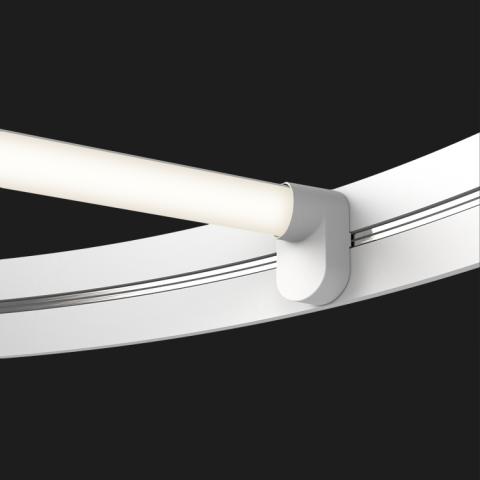 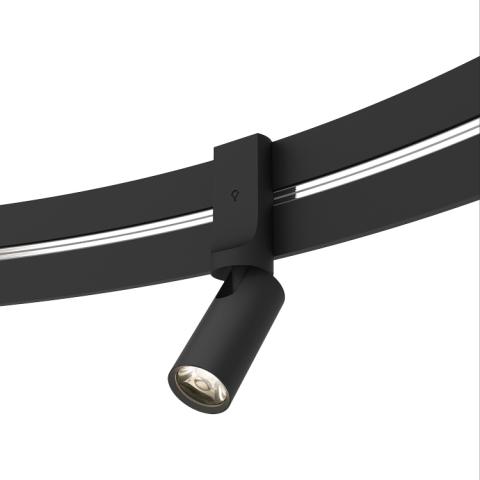 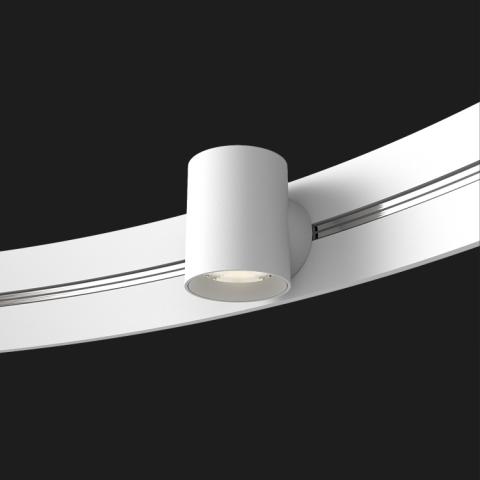 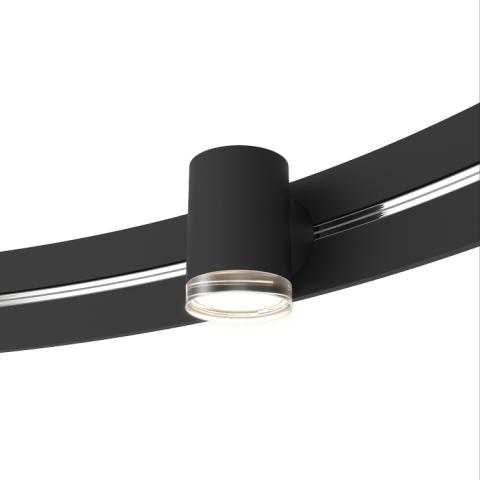 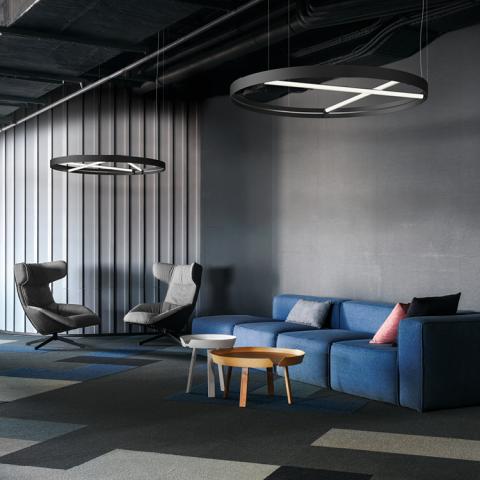 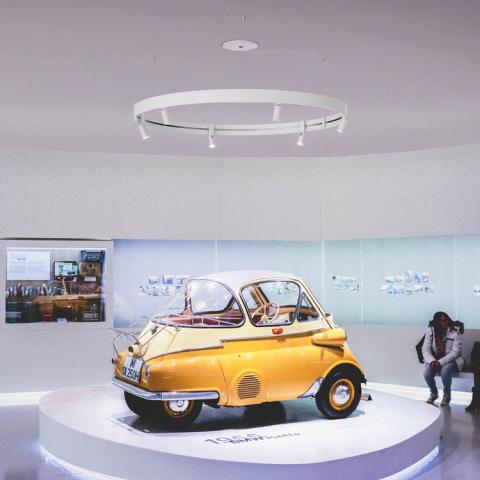 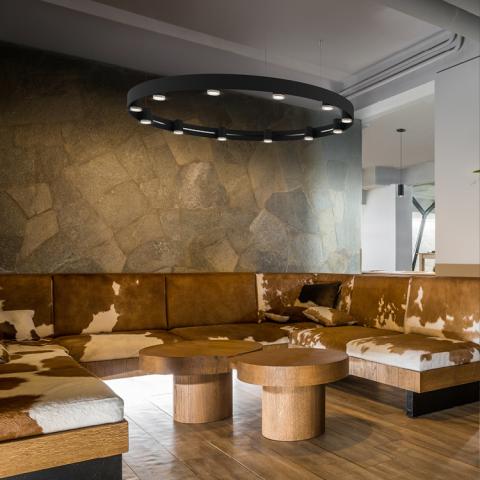 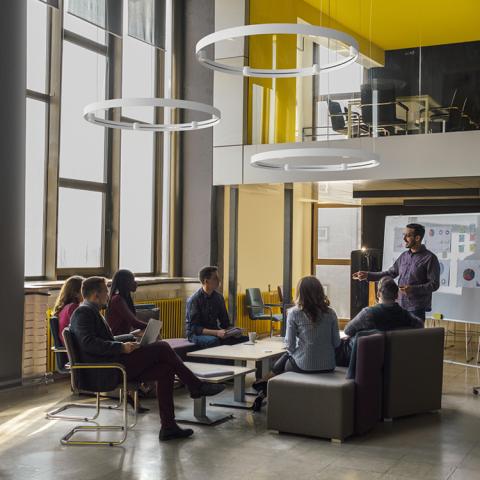 Eureka today announced the release of the Arena luminaire. Arena is a circular luminaire that combines a classic form with the ability to reconfigure light sources by attaching them magnetically.

Arena’s innovative magnetic ring enables users to snap on or snap off light sources at will. Each light source is equipped with strong neodymium magnets that form a safe, low voltage connection to the Arena ring. Users can move, spread evenly, gang, flip up or down, pivot, or aim light sources without tools or an electrician.

Slice is a tubular light source with an acrylic diffuser. Each Slice can be flipped for direct or indirect illumination and can be installed at overlapping heights. A maximum of four Slice light sources can be installed on each Arena. Slice is available in two lengths; the 36” Slice delivering up to 765 lumens per unit and the 54” version delivering up to 1,130 lumens per unit.

Aim is a discreet 38mm diameter aimable projector. The head rotates 350° and can be tilted up to 90° inward or outward. It can be flipped vertically on the Arena to enable indirect illumination and is available in two beam angles. A maximum of twelve Aim projectors can be installed on each Arena, and each unit delivers up to 625 lumens.

Beam is offered in three beam angles and with four optical accessories. It has a head that pivots 90° in each direction and the whole light source can be flipped to enable direct or indirect illumination. A maximum of twelve Beam light sources can be installed on the Arena, each unit delivering up to 880 lumens.

Glow is a decorative translucent light source. It uses the same 60mm body as the Beam and its head has the same 90° pivot. Glow adds a touch of ambient luxury to the sleek Arena profile. Up to twelve Glow light sources can be installed on each Arena. Glow delivers up to 700 lumen per unit.

“With its sleek design and four repositionable light sources, Arena allows for customization to match the aesthetic or functional needs of the space,” said Francois Renaud, Director of Design at Eureka. “The different light sources enable the luminaire to focus on an architectural detail, highlight a piece of furniture or aim precisely on art or signage on the walls. It’s very versatile.”

More information about Arena is available on this website.