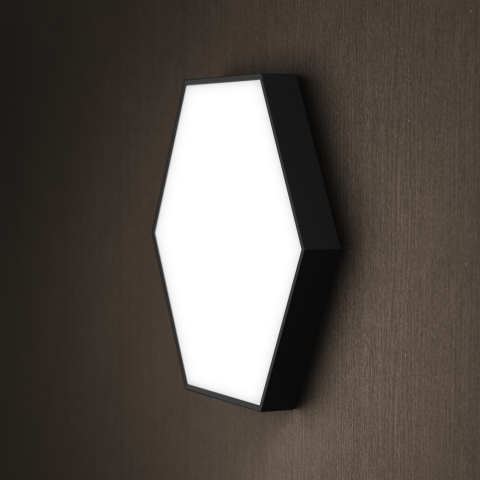 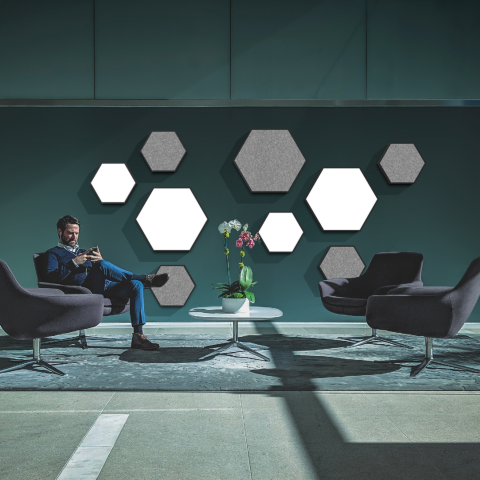 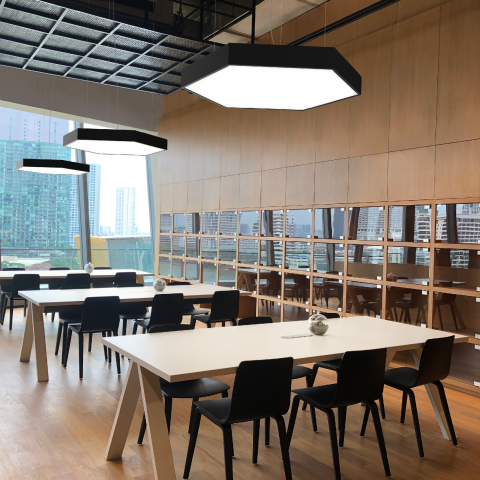 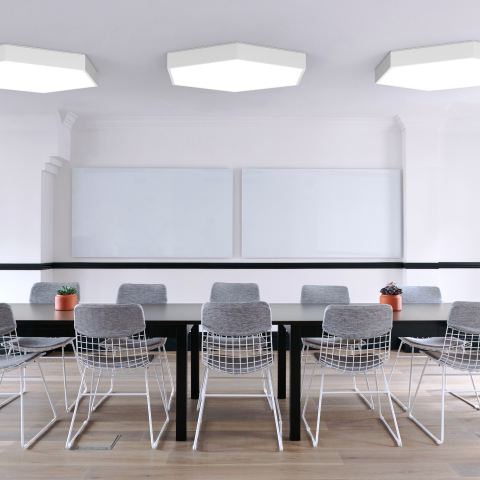 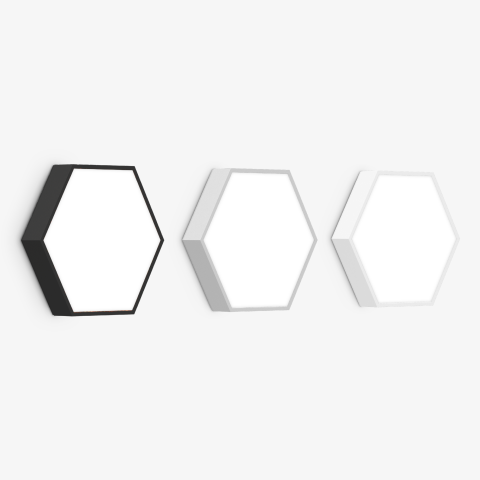 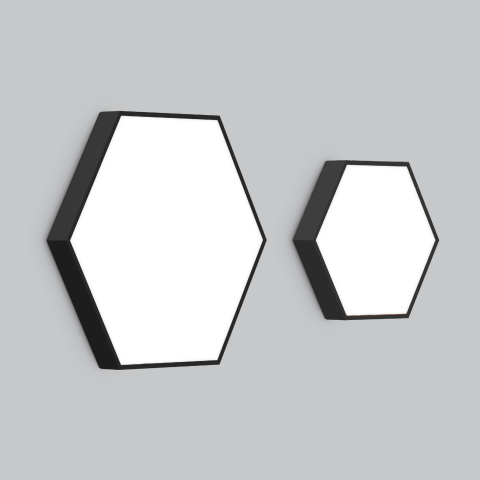 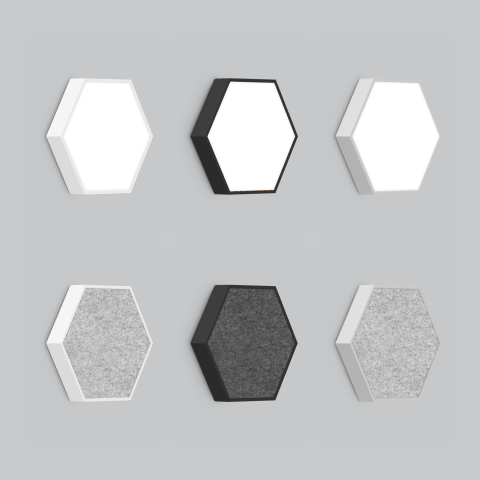 Eureka today announced the release and immediate availability of the Hex Area luminaires. With its strong geometric aesthetics and mounting options, Hex Area can be used as a highlighting element, in series to define a large space, or as a creative wall composition.

Offered in different sizes, light outputs, mounting types and finishes Hex Area is both functional and decorative as a standalone fixture or in a group.

With its high lumen output module, Hex Area can be used in high ceiling and open areas where illuminating the space below is important. And the optional uplight can highlight visually interesting ceilings when suspended. On a ceiling, on a wall or suspended, multiple hexagonal fixtures make it possible to create regular or asymmetric patterns.

The luminaire is available in two sizes - 23.4” and 36.5” wide, with outputs ranging from 3,620 lumens to 18,000 lumens. Its high performance frosted acrylic diffuser reduces glare while allowing a generous amount of light to be delivered. It is offered in 2700K, 3000K, 3500K and 4000K CCT and in black, white or gray fine-textured finishes.

More information about Hex Area is available on this website.