Architectural lighting draws its own crowd at landmark downtown theater 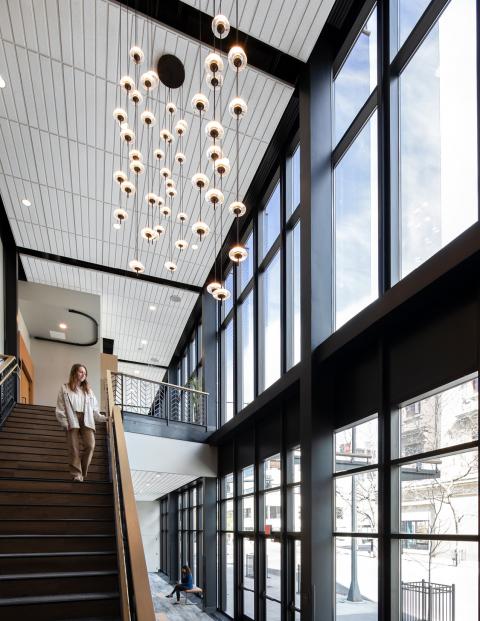 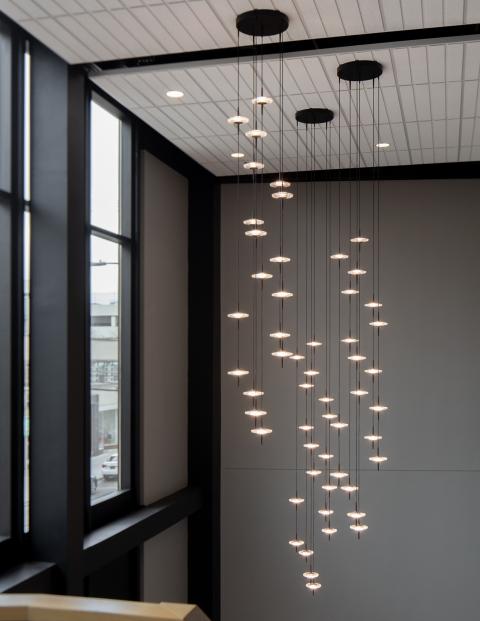 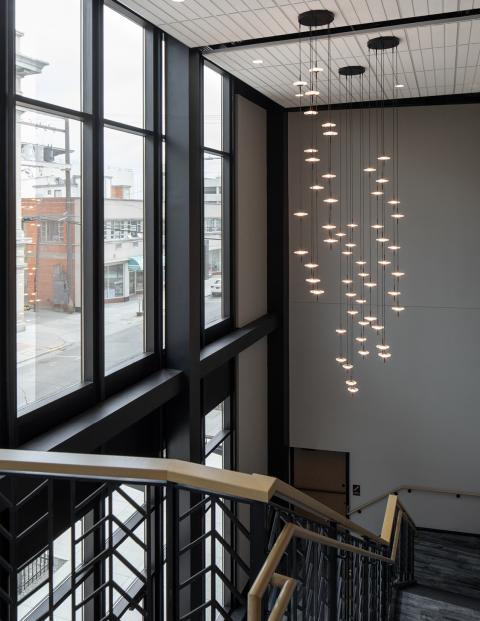 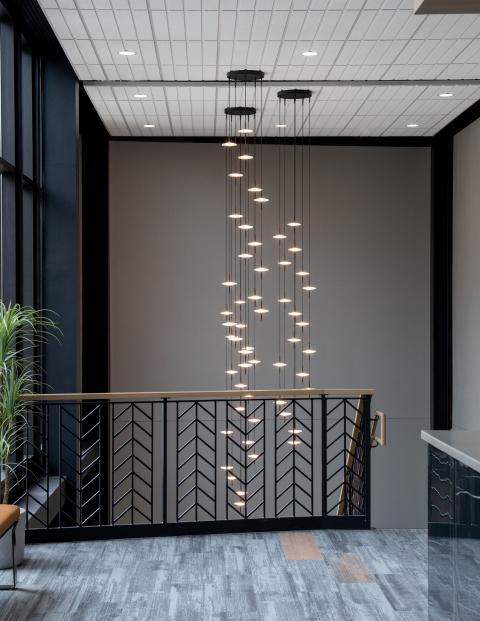 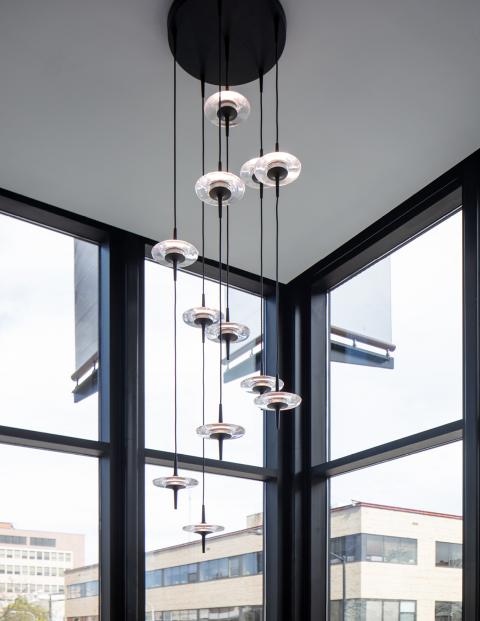 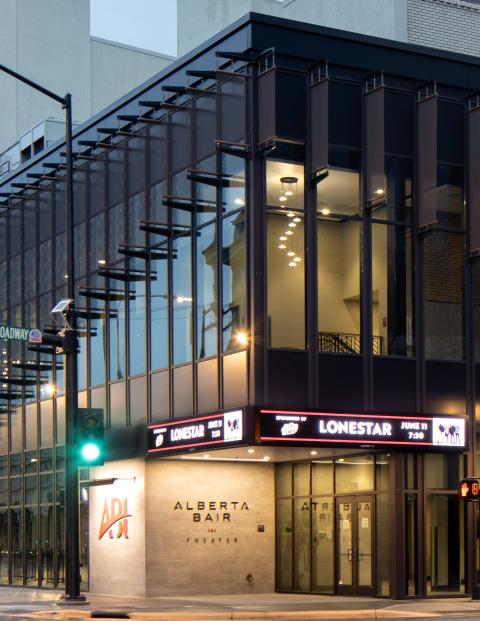 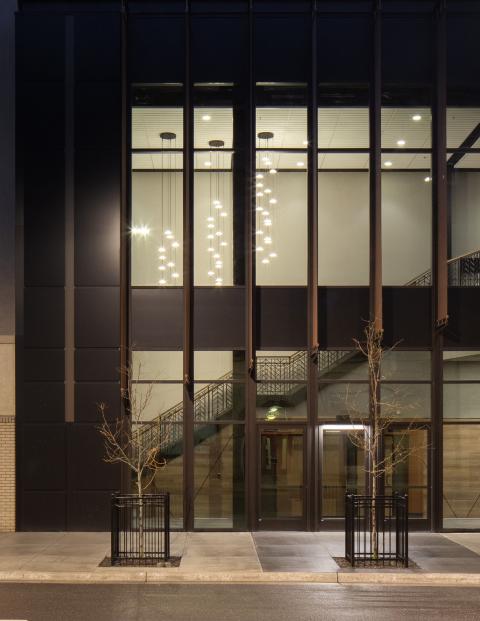 Alberta Bair Theater is an old Fox Theater built in 1931, the last of the Fox Corporation's vaudeville and motion picture houses to be constructed before the Great Depression. A vital landmark to the downtown community of Billings, Montana, the theater serves as a performing arts center. A renovation sought to restore the pageantry of the theater while boosting its infrastructure to support more substantial productions.

The $13.6 million renovation, spearheaded by architects Cushing Terrell, included the expansion of the lobby and box office, an elevator, and enhanced lighting and technology in the main theater itself. Its expanded footprint includes vast windows that surround the perimeter of the building. From the inside lobby and staircase, there are incredible views of the downtown core. And from the outside, on one of the busiest intersections in town, the architecture connects the building to the rest of the downtown.

Choosing optimal lighting for the lobby and main staircase was key. Cushing Terrell designers had worked through many iterations with the theater’s board, but when Eureka released its Drop Celeste fixture, the design team was elated to find the perfect solution for Alberta Bair Theater.

Balancing all the natural light versus electrical light was a challenge. And the team sought something that would effectively fill the substantial volume of the 2-story space while being visually stimulating from inside and out.

A series of three Drop Celeste pendants are mounted in a staggered pattern along the ceiling. While the pendants are standard configurations, designers had the option to specify the individual heights to fit the space, and then created the unique arrangement to evoke the look and feel of a custom chandelier. Each “string” features a series of elegant artisanal casted glass discs. The cable passes seamlessly through each Celeste light fixture creating a vertical visual continuity.

“Because the lobby and the chandelier are visible from the sidewalk, both day and night, we wanted to find a fixture that would not "disappear" when the lights are off," said Michael Gieser, lighting designer and electrical engineer at Cushing Terrell. “One of the special features of this pendant is that the glass discs catch the light; they have a sparkle to them even when they are unlit.”

An additional Drop Celeste luminaire is suspended above the top landing, which also happens to be situated in a prominent corner of the space, and visible from the busy intersection.

"You see that fixture as you walk or drive by that corner, and you think, 'I want to be a part of that,'" Gieser said. “It’s actually a wonderful marketing tool for the theater.”

Gieser also appreciated that the low voltage pendants are designed as a quick connect. The glass discs can be unscrewed, re-arranged, or even removed if needed. It gives the theater's maintenance team tremendous flexibility without requiring a lift to get into the ceiling for any repairs.

“Celeste is such a timeless fixture for this building,” said Madeline Randolfi, interior designer at Cushing Terrell . “Its elegance blends seamlessly with the art deco aesthetic and celebrates the pageantry of going to the theater.”

And Randolfi confirms that the renovation has achieved its goal of transforming the Alberta Bair Theater and how people occupy the space.

"In the past, people would arrive at the theater just moments before a performance," Randolfi said. “Now people want to spend time here. It truly has become part of the downtown community.”